Kuva
Have Your say in municipal spending with EmPaci!

The EmPaci project team includes Finnish partners, LAB University of Applied Sciences and Tampere University who work together with 15 other partners from the Baltic Sea Region.

NEW IN! Short videos on setting up and running a participatory budgeting scheme are available now on the PBbase-network YouTube Channel!

Join us at PBbase for networking and more info on PB

Welcome to a participatory budgeting webinar 16th of June 2021 at 14-15.30 (UTC+3). The brand new PBbase network invites you to join a discussion on smaller scale PB experiences in smaller scale municipalities.

Are You interested in the stories and people behind EmPaci PBs?

Join our Facebook-page and take a closer look behind the scenes - meet the people running these PBs, researching the topic or having their say.

The voting phase of the second PB-run in Riihimäki has ended and the following five plans were voted for implementation in 2021 from the 17 possibilities:

A total of 740 citizens took part in the vote which makes the voting percentage around two percent.

Before developing, find out where you are

After long and detailed work, the “Empowering Participatory Budgeting in the Baltic Sea Region” (EmPaci) project is ready to uncover and introduce the first project output - Status Quo Analysis.

To give an idea of how Participatory budgeting (PB) can be implemented, this Status Quo Report aims to provide insights into the current state of citizen participation (CP) in general and PB in particular. It focuses on each of the EmPaci project partner countries - Finland, Germany, Latvia, Lithuania, Poland and Russia – as well as Denmark, Estonia and Sweden.

First, on a national level, a short general description of the countries and definitions of CP and PB, a description of successful PB projects and potential hindrances and ways to foster PB in these countries, are provided. Secondly, the Status Quo Report proceeds with specific information about those municipalities, districts or planning regions, in which the EmPaci project is planning to either implement new or redesign already existing PB processes.

The following nine locations have been selected for the EmPaci PB pilots: Lahti (Finland), Bützow (Germany), Vidzeme Planning Region (Latvia), Rietavas and Telšiai (Lithuania), Bielsko-Biała (Poland) as well as Moskovskaya Zastava/Moscow region of St.Petersburg, Suoyarvskoye Urban Settlement in the Republic of Karelia and Gatchina Municipal District in the Leningrad Region (Russia). These places are very different in terms of their surroundings, financial possibilities, characteristics of their citizens and legal frameworks. They have different stages for PB implementation, from no experience to several successful cycles of PB. Consequently, all locations deal with different challenges, from getting something new started to improving something existent. By making such information, knowledge, and practices available, stakeholders may find relevant inspiration applicable to their own region or municipality. Respectively, one can consider building a vision of “What could PB look like in our municipality?” “What could we change to improve our PB process?” This document, therefore, seeks to build capacities to implement PB in the BSR.

Status Quo Analysis is just one of the first results of the EmPaci project. Soon, in the coming months, further materials are planned for publication:

- A guidebook PB Blueprint: Successful PB projects, also beyond the BSR, will be analysed, and the best practices presented;

- Guide and description of the PB approaches (i.e. local adaptations);

- Guidebook for practitioners on how to implement PB;

- Communication and Dissemination Plan (CDP) for a better understanding of how to organise these processes.

Follow our web page www.empaci.eu to find out more about the project and the latest outcomes or social accounts of the national partners involved in the project.

Participatory budgeting is a process of democratic decision-making we do believe in, where ordinary people take part in preparing and adopting a municipal or public budget. In the BSR, only a few municipalities have applied a PB process on a regular basis. If you are interested in getting the support to develop your PB, please contact your national or the nearest EmPaci partner. More about the project can be found on www.empaci.eu.

Together we can gain more power in decision-making within local, regional or national public institutions!

Let's develop the OmaLahti-PB together

The Finnish academic partners of EmPaci - LAB University of Applied Sciences and Tampere University are conducting an inhabitant survey in November on the OmaLahti PB. The aim of the survey is to provide inhabitants the chance to comment on the process of the first ever PB in Lahti to develop it furher. The survey, in Finnish, can be found here - have your say and make a difference!

The second ever PB run is currently underway in Riihimäki, southern Finland. The inhabitants came up with altogether 45 ideas, 24 of which received the needed 10 Likes thus going forward to the implementation check phase. The city officials are currently working on those ideas deemed possible to implement under Riihimäki PB rules in co-operation with those that have given the ideas. The ideas will be given estimates and they will then move onto the voting phase beginning 10.11. Results of the PB will be published 14.12.

The city of Riihimäki is the 2nd Finnish EmPaci PB pilot

The city of Riihimäki is currently beginning their second PB run and they have chosen EmPaci to act as their partner in the process. The PB is implemented using the same electronic platform, that was used in the first PB in late 2019. Idea creation is open 1.9.-11.10.2020

The inhabitants of Lahti voted and 10 ideas will be implemented by the end of 2021. Congratulations to all whom took part!

Voting on the OmaLahti PB has finished and the ideas to be implemented will be published shortly.

Voting on the #OmaLahti PB has begun

You can vote for your favorites online and at Trio Palvelutori-service point or at libraries until 9.9.2020. Take a look at the ideas and voting instructions and let yourself be heard in the developing of your city.

Together Towards the Vote

The PB co-creation event “Lackathon” held at the Palvelutori-service point 13.8.2020 gathered a group of inhabitants, NGO’s as well as city official. The event kicked of with a short presentation about the current state of the PB pilot as well as a video greeting from mayor Pekka Timonen. The international research and development project EmPaci also provided knowledge about PB.

The Lackathon was conducted in five points where participants got a chance to work on altogether 14 ideas. Among the ideas were improvements for recreational areas, street art and a food bank -idea. The co-created ideas will now move onto the voting stage at the end of the month.

Joint the PB - Attend a Lackathon

The flood of ideas given in the spring have now been pre checked and the #OmaLahti PB pilot is moving towards the final voting phase beginning 28.8.2020 through the last pitstop “co-creation phase”. 14 ideas will be co-created live and as a group by inhabitants, city officials and other stakeholders at the Trio Palvelutori -service point (2. floor) “Lahti Lackathon – OSBU-workshop 13.8.2020 at 14:00 – 18:00. Take part and help make these exiting ideas even greater!

Ideas being co-created (other ideas that passed the pre-check go through to the vote directly):

The City of Lahti is the Finnish pilot municipality of EmPaci. A PB-pilot where inhabitants get a chance to bring forward ideas and vote on their favorites has just started with the idea creation phase which was a hit - a total of 713 ideas were given. Many thanks to those who took part!

The pilot continues now with a checking phase where the City of Lahti makes sure the ideas given could actually be implemented. Those deemed to be possible then go through to the co-creation phase due in August where you can also take part. Voting will take place in September to determine which ideas will be implemented.

If you live in Lahti and are interested in making Lahti a better place to live - take a look and take part at the OmaLahti-PB at the City website!

A citizen survey has been published and it highlights the interest of citizens towards participatory budgeting even though the method is not yet know to many. For the report in Finnish, take a look here!

Or take a look at these blog posts and articles to find out more about the project:

LAB Innovations Annual Review 2020: Piloting participatory budgeting “PB” – how to get the citizen perspective across? (p. 26).

There is a Role for Everyone in the PB Puzzle

The Many Faces of Participatory Budgeting 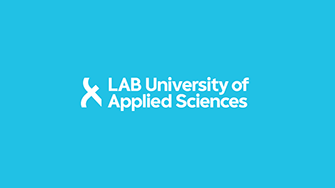